In order to strengthen the promotion of Ethiopian agricultural products in the Chinese market, on April 16, Mr. Qi Yilong, president of Guangdong Imported Food Association (hereinafter referred to as IFA), was invited to visit the Consulate General of the Federal Democratic Republic of Ethiopia in Guangzhou and was warmly received by Mr. Teferi Melesse Desta, the Consul General, and his accompanying officials. 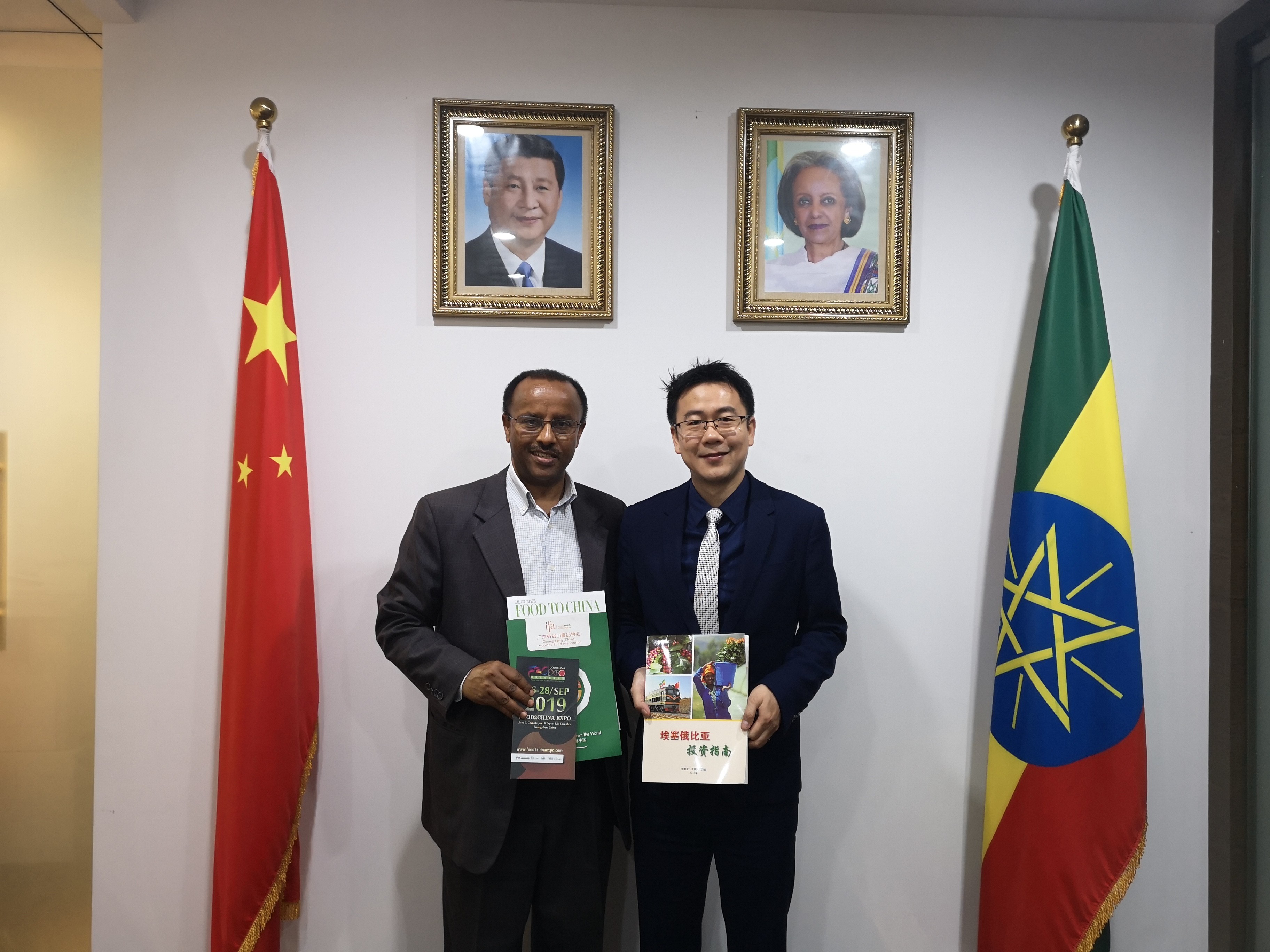 President Qi said that IFA would actively promote the development of Ethiopian products in the South China market. As the only industry association perpendicular to imported food in south China, IFA has always insisted on connecting overseas high-quality food suppliers with Chinese buyers. President Qi recommended the Ethiopian consulate the online and offline platforms of imported food, whose positive impact was unanimously approved by the consulate. The consulate said that the platform met the promotion needs of Ethiopian exporters and that it would gradually develop online and offline cooperation with the association in 2019.

Through this friendly and smooth communication, the association will work more closely with the Ethiopian consulate, and the two sides will bring more high-quality Ethiopian food to Chinese consumers in the future.