Consulate General of Turkey in Guangzhou Visited the Association

On the afternoon of December 19, the Turkish Consul General in Guangzhou, Mr. Melih Bora Kerimoglu，and the commercial attaché, Mr. Erdar Afsar, and his party paid a visit to our association. This visit was mainly to express thanks to the Turkish trade docking visit to China organized by the Guangdong Imported Food Association last week. 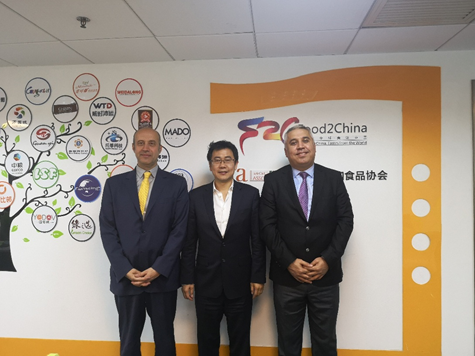 Our President, Mr. Qi Yilong, and his delegation received the representatives of the Turkish consulate in Guangzhou and had an in-depth discussion on future cooperation. Mr. Melih Bora Kerimoglu, Consul General, said that the Turkey economy and trade docking visit to China was a great success under the support of our association and was unanimously recognized by the representatives of Turkish enterprises. It is hoped that the consulate will be able to co-organize more activities with the association. At the same time, President Qi also mentioned that the association was willing to support more overseas institutions and platforms to promote the development of overseas products in China.