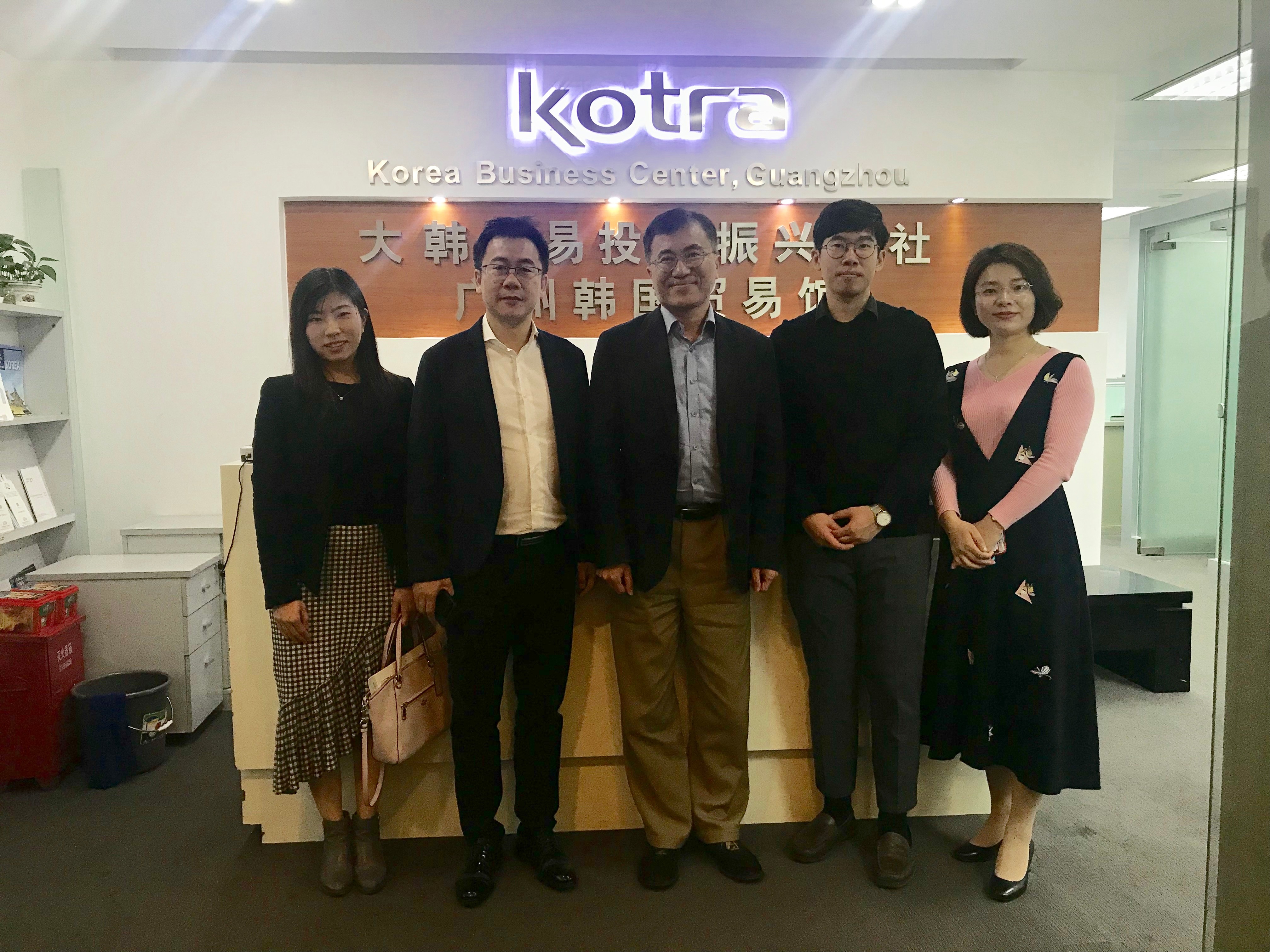 First of all, President Qi Yilong made a brief introduction to recent developments of the association and developmental status quo of Korean food in China for South Korean curator, Hwang Jae-Won and his delegation. President Qi said that currently Korean food has been deeply loved and recognized by the Chinese people. Due to its geographical location, most Korean food products are mainly cleared in Qingdao before entering China. Making a general survey of the whole nation, however, Guangdong is China's biggest consumer market. Curator Hwang Jae-Won Huang highly agreed with the profound interpretation of President Qi, and expressed the hope that in the future we will continue to strengthen cooperation with each other, so as to bring more high-quality Korean food for domestic consumers.

Afterwards, the two sides exchanged views and reached a consensus on the subsequent cooperation affairs. The Guangzhou Office of the KOTRA organizes several professional business meetings between Chinese and Korean enterprises every year, of which 25%-30% are related to imported food. The South Korean side said it highly values our resources and influence in the field of imported food, and hopes to promote our FOOD2CHINA program to more Korean food enterprises, especially the FOOD2CHINA Expo and the FOOD2CHINA.com website, in order to help them better access and gain a foothold in the Chinese market more effectively.

The two sides then talked about cooperation on the exhibition. The South Korean headquarters of the KOTRA is the host of the SEOUL FOOD Fair, the fourth largest international food fair in Asia. This year, it will cooperate with the Guangzhou FOOD2CHINA Expo run by our association to carry out various cooperation mode of mutual promotion, such as advertising exchange / professional purchaser invitation. Next year, it will invite our president, Mr. Qiyilong, to the Korean exhibition site to attend the exhibition forum and make a special speech on China's imported food industry.

Finally, our president, Mr. Qiyilong, and the Korean curator, Hwang Jae-Won, fully acknowledged the significant influence of the two sides in the field of food industry, and said they will continue to carry out more in-depth exchanges and cooperation in the future, to promote the common prosperity and development of the food industry in China and South Korea.