Trade Mission of the Russian Federation in the PRC Visited IFA 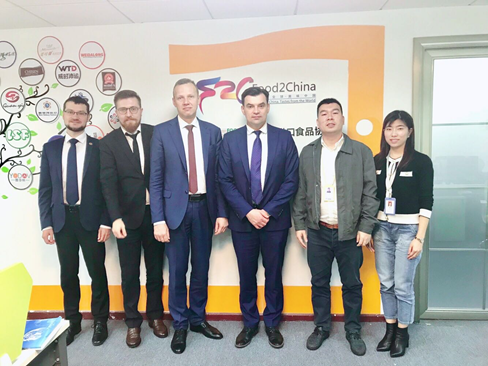 The representatives of the Russian side said that Russian enterprises are very interested in the Chinese market and that they hope to strengthen cooperation with the association to bring more high-quality Russian food to the south China region, and invited the representatives of our association to visit the Trade Mission of the Russian Federation in the PRC in Beijing for communication and exchange.

In addition, the two sides exchanged views on cooperation in hosting business docking meetings, food appraisal meetings, and organizing delegations to attend the Food2China Expo in Guangzhou in September next year. It is hoped that the two sides can further strengthen in-depth cooperation in the field of food in the future and promote economy and trade development between China and Russia.